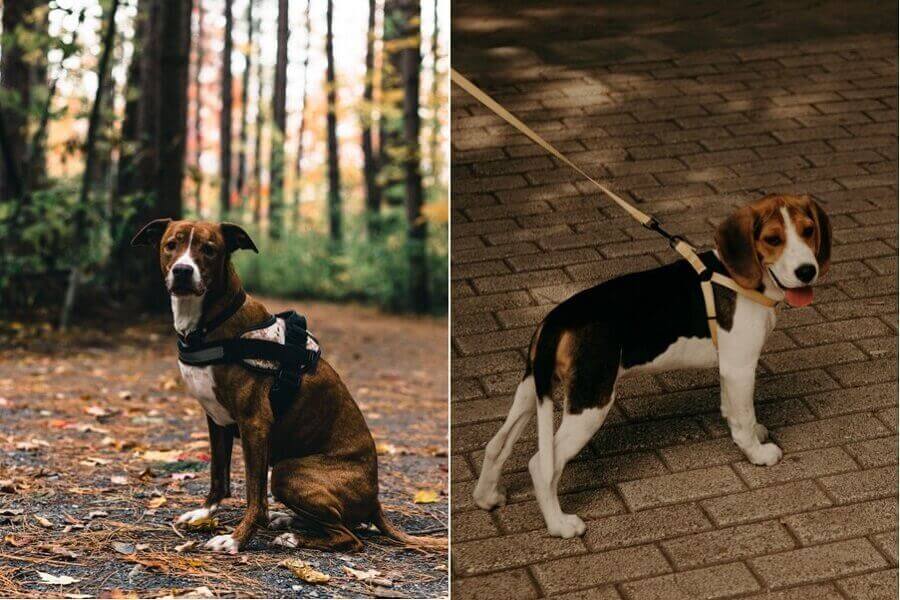 If you’re about to become a new pet owner and considering the adoption of a Foxhound or a Beagle, you’ll find many similarities and a few differences, which can help you decide which dog breed is best for you.

What Do Foxhounds and Beagles Have in Common?

Foxhounds and Beagles are hunting dogs, which makes them excellent family pets. They are loyal, intelligent, and share many physical characteristics. Both dog breeds were among some of the top hunting dogs, and they can be traced back to the 14th century, when they were typically bred for elite families and used to hunt for small game, such as rabbits.

What Are the Differences Between Foxhounds and Beagles?

As you may consider both dog breeds similar in appearance and behavior, there are significant differences that you’ll need to get familiar with before you adopt a puppy. The main differences you’ll notice between Beagles and Foxhounds include their adaptability to training, size and shape, personality, temperament, health, and longevity.

One of the striking similarities dog owners first notice between Beagles and Foxhounds is their appearance. They are both hunters for small game and have short-haired coats with colors that include black, tan, white, brown, and red.

They also have many pattern and color variations and tend to be low maintenance for grooming. Beagles and Foxhounds are hound dog breeds, which is why they share many common characteristics.

The most significant difference between Beagles and Foxhounds is their size and stature. As an adult dog, Foxhounds are much larger than Beagles, measuring between 21 and 25 inches. In contrast, Beagles measure between 13 and 15 inches in height.

There is a significant variance in weight, too, where full-grown Beagles reach between 20 and 30 pounds, and Foxhounds can weigh nearly twice as much, between 60 and 70 pounds.

Like many dog breeds, Beagles and Foxhounds vary in size based on specific breed characteristics. There are generally two sizes of Beagles, which include a standard and a Pocket Beagle. The smaller Pocket Beagle typically weighs under 20 pounds, with a height of no more than 13 inches.

Foxhounds tend to vary in weight and size, though they are typically athletic, energetic dogs with a muscular build. While there may be some variations to their size and shape, you’ll likely notice this more often with a mixed-breed Foxhound.

Foxhounds are significantly stronger than Beagles due to well-developed muscles and an athletic build. While Beagles are energetic, they don’t have the same level of strength and are more prone to gaining excessive weight. For this reason, it’s crucial to establish an exercise routine for Beagles. Since the Foxhound is a larger dog, they require regular access outside for play and exercise.

There are significant benefits to adopting both dog breeds, as they are generally healthy, well-adjusted dogs. American Foxhounds and English Foxhounds are not prone to many illnesses. However, like similar hound breeds, there is a risk for dental issues, ear infections, hip dysplasia, and bloating or indigestion.

When considering the breed comparison and the significant differences between Beagles and Foxhounds, pet owners must visit the veterinarian regularly to prevent and maintain their dog’s health.

Both dog breeds are scent hounds due to their hunting lineage and skills. They are brilliant dogs, and while they learn quickly, both can become impatient and stubborn. Beagles and Foxhounds are independent and resist training to a degree, which makes it essential to start from an early age of eight or ten weeks.

While training a Foxhound or Beagle pup may seem initially challenging, neither breed is dominant, which means once they learn basic commands, they can advance to learn more complex techniques and tricks.

When comparing both dogs, Beagles tend to adapt more quickly due to higher intelligence, whereas Foxhounds have average intelligence. Professional dog training is an excellent option for new pet owners if basic commands become too tricky.

Beagles and Foxhounds are friendly, loyal pets and adjust well to various households, including families and other pets. Despite their naturally stubborn nature, they are affectionate and enjoy socializing. Positive reinforcement training is best for both dog breeds.

However, due to the personality and temperament of Foxhounds, they are best suited for experienced dog owners, while Beagles are ideal for first-time pet parents.

Which Dog Breed Is Best to Adopt?

Beagles are generally easier for families to adopt, as they are intelligent, affectionate, and respond well to training compared to Foxhounds.

Beagles are also ideal for new pet owners, as they adapt easier, work well with basic commands and positive reinforcement training, and socialize well with humans and pets. While Foxhounds make excellent pets, they adjust better with an experienced dog owner.

The type of home and environment you bring your new pup into is essential based on each dog’s size, personality, and activity level. Beagles tend to adjust well to apartments and small living spaces, whereas Foxhounds require regular access to the outdoors and open spaces, such as a park or a fenced-in backyard. While both dog breeds are great for children, they tend to bark often, which requires training to curb this behavior when they are puppies.

Generally, both breeds make an exceptional companion dog with the right training strategies. Providing a balanced diet high in protein, regular exercise, and socialization is essential. Of the two dog breeds, Beagles require more attention and do not like being left alone. While Foxhounds similarly enjoy companionship, they can become destructive when left alone for too long or bored.

While both the Beagle and Foxhound dog breeds require preparation and training, you’ll find both breeds make excellent pets. You’ll also find a variety of dogs with mixed breeds that includes characteristics from other dog breeds, which may also be compatible with your household.

Ideally, it’s best to consider all that’s involved before you adopt a Beagle or Foxhound, as both dogs require lots of exercise, attention, and training and make a great addition to your family.